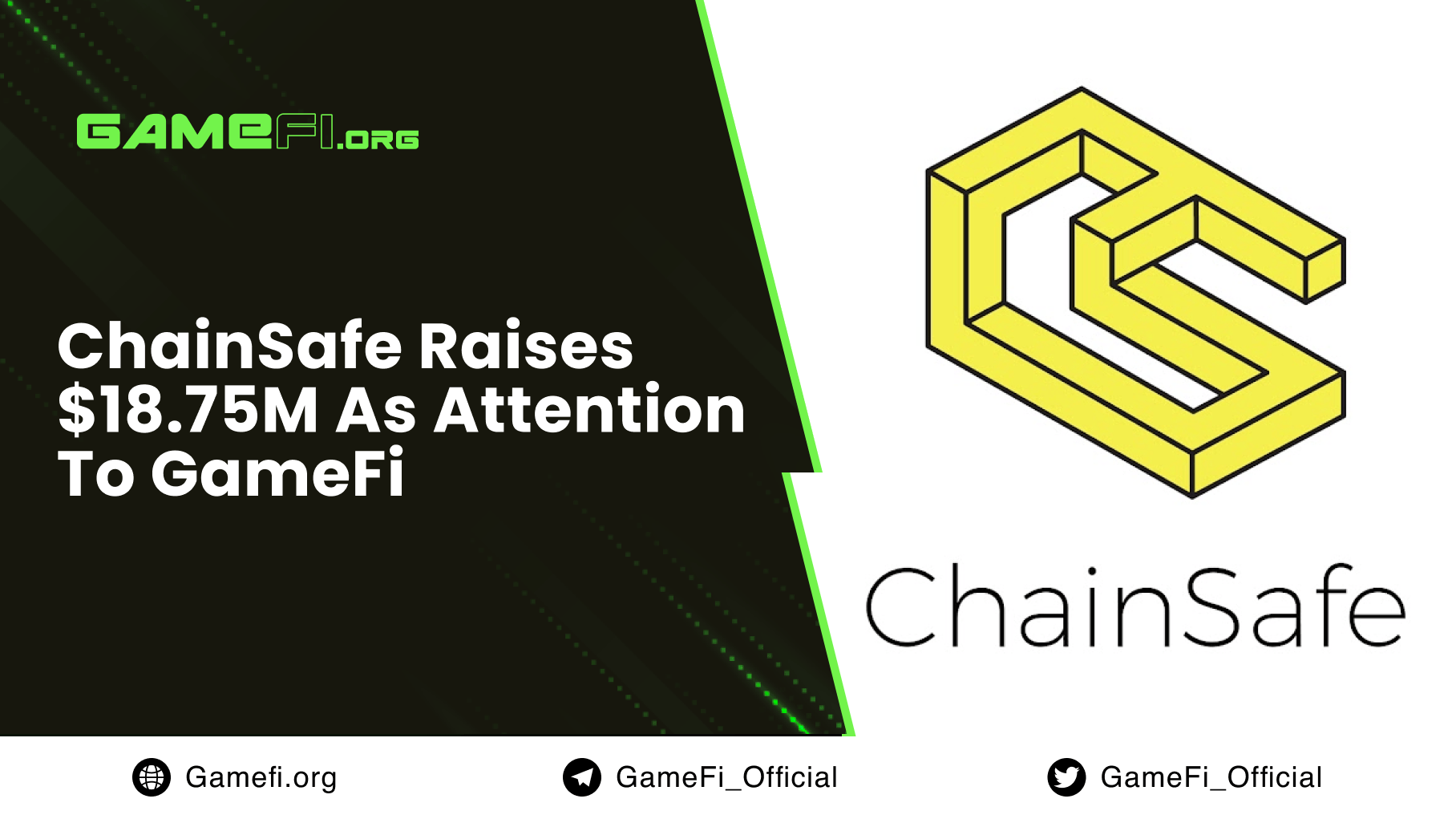 The Canadian company is focused on multichain R&D and blockchain gaming, which is a growing industry that’s expected to achieve multi-billion-dollar valuations.

As part of its expansion plans, Canadian Web3 infrastructure provider ChainSafe has raised $18.75 million from industry venture firms, providing the company with the resources necessary to expand operations at a time when blockchain infrastructure and gaming services are in high demand.

Venture capital company Round13 served as the round's lead investor, and NGC Ventures, HashKey Capital, Sfermion, Jsquare, ConsenSys, Digital Finance Group, and Fenbushi Capital also took part. According to ChainSafe, the funding will be used to support the growth and adoption of Web3 technology.

The founding members of ChainSafe first met at a Toronto Ethereum event in 2017. Later that year, the blockchain research and development company ChainSafe was established. The company mainly focuses on multichain R&D and other Web3 umbrella technologies and has developed a software development kit connecting games built on the Unity platform to the blockchain.

After CryptoKitties was launched in 2017, the relationship between gaming and blockchain technology has only grown stronger. According to a Cointelegraph report, by the beginning of 2022, the market capitalization of blockchain games was over $25 billion. The blockchain gaming industry has been negatively impacted by the sharp decrease in the market capitalization of cryptocurrencies over the past six months, but venture capital has continued to invest extensively in the area. Blockchain gaming and metaverse projects raised $1.3 billion in venture funding in the third quarter alone, according to DappRadar.

Despite varying projections, blockchain gaming, or GameFi as it is commonly known, may be valued at high multibillion-dollar levels in the years to come. According to those familiar with the sector, the estimated 1 billion online gamers predicted by 2025 will favor blockchain games.