What Are The Four Types Of Blockchain? 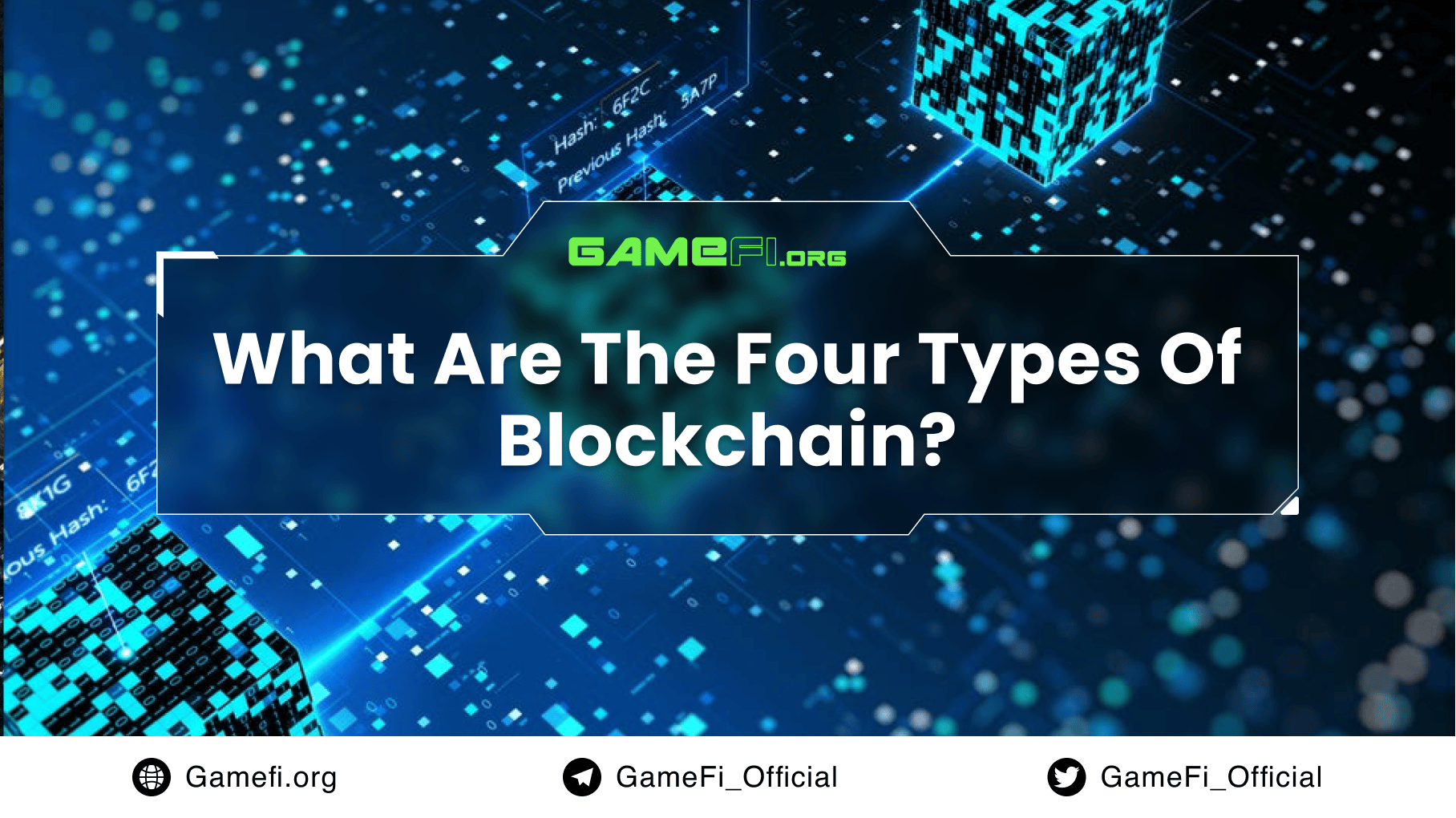 A public blockchain is permissionless, which means it is completely decentralized and open to everybody. Users with an internet connection can utilize this to view, download, and join the blockchain as an authorized node. All nodes in the blockchain have equal access to and interaction with the network. This type of blockchain is frequently used for bitcoin exchange and mining. Proof-of-work and proof-of-stake are the most common consensus procedures used in public blockchains.

The network is accessible to the general public.

Pseudonymous: You do not need to reveal your identity to participate.

The network is decentralized; no central authority maintains it.

Transparent: Anyone can have full access to the ledger at any time, eliminating the possibility of network corruption or discrepancies.

Immutability: Once a block has been created and inserted, it is nearly impossible for anyone to change or manipulate the blockchain.

Rewards: Depending on the consensus process, you can earn rewards as a miner or validator by discovering new blocks or verifying transactions on the blockchain network.

Not suited for sensitive or confidential information: A public blockchain lacks user permission tools for concealing data from certain entities, persons, or the general public. For example, if the blockchain is used to store personal medical or financial information, it will be accessible to anyone in the world.

Issues with scalability: These networks can become sluggish, crowded, and costly. Blocks can only hold so much data, and because anyone can use a public blockchain to send and receive transactions (data), the network can become congested. When there is a lot of activity on a blockchain, transactions can take a long time to process, and network fees can skyrocket.

A private blockchain is "permissioned," which means that only certain persons are permitted to participate in it. This type of blockchain is managed by a firm or organization, which chooses to: Private blockchains place a premium on the privacy, security, and confidentiality of all data stored in the system.

Privacy: Private blockchains place a premium on the privacy, security, and confidentiality of all data stored in the system.

Speed and scalability: With fewer nodes and participants controlling the network, the system can support more transactions per second and accelerate decision-making.

Security: Unlike public blockchains, private blockchains are highly safeguarded from unlawful activities due to the stringent verification procedure that participants must go through in order to join.

Not entirely decentralized,   blockchains are supported by a centralized system as well as third-party management systems.

Members: The hybrid blockchain can also decide who can participate in the blockchain and which transactions are visible to the public.

Closed ecosystem: This type of blockchain operates in a closed ecosystem, allowing private information to be maintained and verified within the network but not accessible to the public.

Flexibility: hybrid blockchain provides a flexible process for customizing the ledger to meet the needs of both you and the network.

Privacy with communication: The hybrid blockchain protects users from privacy concerns while still allowing third-party communications, particularly with shareholders and the general public.

Better scalability: This blockchain's scalability may be greater than that of public blockchains, and its transactions are less expensive because it relies on a small number of nodes to validate transactions.

Transparency: This blockchain lacks transparency since the information recorded cannot be viewed.

Incentives: Unlike miners on a public blockchain, participants in this network will not be rewarded for their contributions to the blockchain.

Slow upgrades: This network may struggle with upgrades and development. It lacks the authority to go through the lengthy and difficult adoption process.

Security: Information on the chain is not accessible to the general public; only network participants have access to it.

Control: This blockchain is not governed by a single authority. Instead, the blockchain is controlled by a small group of genuine network participants.

Validation: The number of participants in this blockchain is known and verified. Authentication is done to reduce the risk of data and privacy breaches.

Framework: This blockchain lacks the features of a unified framework, and its centralized network structure makes it vulnerable to corrupt participants.

Slow update: When the number of participants increases, upgrading the protocols on this network is frequently a difficulty.

Lack of collaboration: The development pace of this blockchain is also dependent on participant cooperation, and if participants cannot reach an agreement, progress will be slowed.