What Is An Atomic Swap? 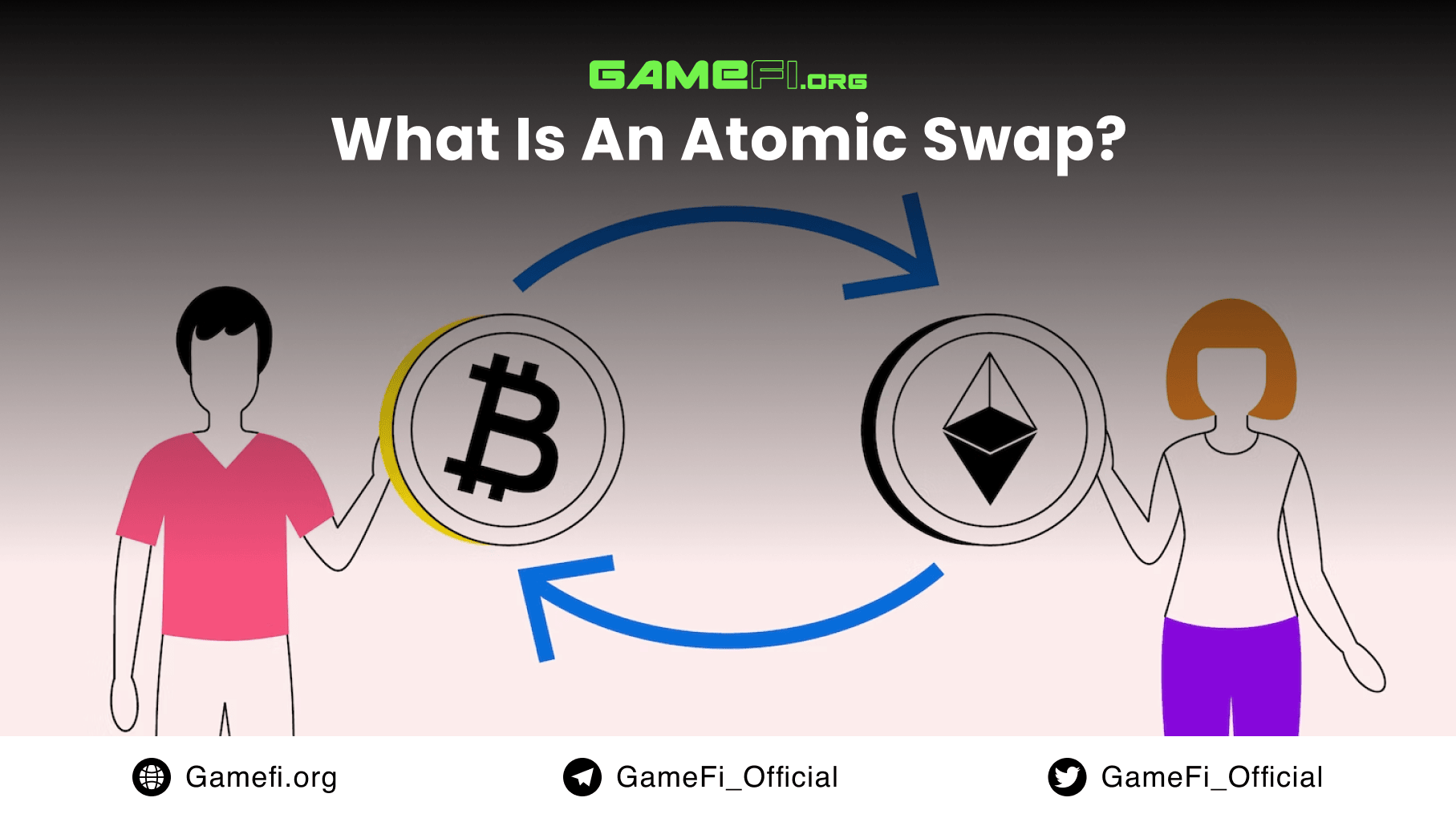 An atomic swap (or cross-chain atomic swap) is a cryptocurrency exchange between two blockchains. The exchange is carried out between two entities with no intervention from a third party. The goal is to eliminate centralized middlemen such as regulated exchanges and give token owners complete power.

The phrase atomic comes from the term "atomic state," which refers to a state that has no substates; it either happens or it doesn't—there is no other option. This relates to the status of the bitcoin transaction; it either occurs or does not occur.

How An Atomic Swap Works

Each cryptocurrency is backed by a blockchain that is solely designed to handle transactions in certain tokens. Bitcoin (BTC), for example, has one, while ETH (ether) has another. You cannot simply trade BTC and ETH without first converting to fiat money and then purchasing the other; another method is to convert between cryptocurrencies and exchanges many times to obtain the desired one. Atomic swaps allow you to exchange tokens from several blockchains in a single transaction.

Two token owners agree to trade their tokens for whatever amount they agree on in an atomic swap. When the smart contract computer notices that they have both agreed, it conducts the deal for them. The transaction is recorded in the blockchain and validated by network nodes before a new block is created to accommodate another transaction.

The transaction is irreversible. If they want the tokens back, both parties must agree to another transaction to exchange them.

Atomic swaps automate the exchange of tokens by utilizing Hash Timelock Contracts (HTLC). HTLC, as the name implies, is a time-bound smart contract between two parties that entails generating one cryptographic hash on each end.

Both parties must acknowledge receipt of cash within a certain timeframe, according to HTLC. If one of the parties fails to confirm the transaction within the timeframe specified, the entire transaction is canceled and the money is refunded. This reduces counterparty risk or the chance that one party may take the provided coins while refusing to transfer their own coins.

Assume Alex and May wish to convert 1 BTC to an equivalent amount of Litecoins. She submits the transaction using an atomic swap wallet. During this process, a cryptographic hash function generates a hex number to encrypt the transaction. At the end of Alex's life, the process is repeated.

Alex and May both use their encrypted numbers to unlock their respective funds. They must complete this within a certain time frame or the transfer will be canceled. The trade is then executed by the HTLC within the blockchains.